Joburg prepaid electricity customers in for a shock 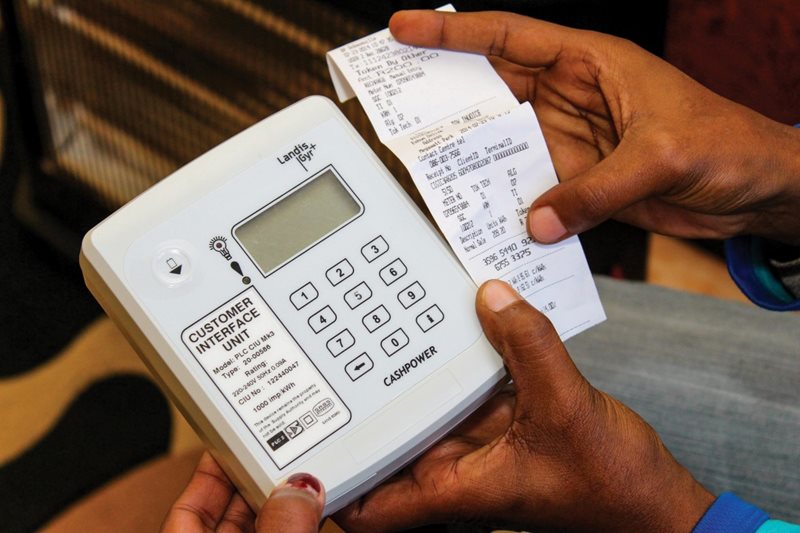 A household could see an increase of almost 50% as the city works to level pre- and post-paid charges.

Joburg households and businesses using prepaid electricity are in for a shock if the fixed charges proposed in the city’s draft budget are approved.

It was tabled on Friday and stakeholders have until June 23 to comment.

The City of Johannesburg proposes a new R200 basic charge for prepaid residential customers and R400 for prepaid business customers.

That is over and above the increases to existing charges per kilowatt-hour (kWh) used, which are way above the current inflation rate. The proposal is for an 8.1% increase for residential prepaid and 5.8% for business.

In addition, the lowest tariff block for residential prepaid customers would be reduced by 50kWh to 300kWh, meaning that higher tariff blocks will be reached earlier in the month than before.

This means a household that uses 374 units a month will go from paying R527 to R780 per month, excluding Vat, from July 1 if the proposal is accepted – an increase of almost 50%.

This is not properly disclosed in the document published for public comment because, in calculating the average increase per user group, only the increase in charges per kWh used is taken into account.

The city tried to introduce the R200 basic charge for prepaid residential users last year, without even including it in the draft budget, but scrapped the fee after it came to light in the news.

According to a report to the mayoral committee dated March 20 that Urban Utilities has seen, the new charges are aimed at closing the gap between prepaid and conventional users.

If the city gets its way, it will increasingly be closing the gap between residential prepaid and conventional users over the next three years.

Residential users who have been buying electricity on credit are currently paying fixed charges of R527 per month. The city proposes increasing this to R757 per month, in itself a 43% increase.

In its budget document, the city also understates the proposed tariff increase for conventional users at 8.1% by excluding the fixed charges from the calculation.

The introduction of the R400 basic charge for prepaid business customers is also aimed at closing the gap between them and conventional users. In the report to the mayoral committee it is proposed that this be increased by a further R400 next year.

Conventional business users currently pay between R800 and R900 per month in basic charges, with the unit cost only slightly lower than that of their prepaid counterparts.

The report to the mayoral committee states: “Currently customers on business tariff can avoid paying any basic charges by simply converting to the prepaid tariff. The business prepaid customer currently does not make [an adequate] contribution to the cost of operating and maintaining the electricity infrastructure to ensure its availability on demand.”

According to David Mertens of the Nelson Mandela Bay Business Chamber, who has conducted a study of electricity tariffs, the increase the City of Joburg is looking for is well above the Nersa (National Energy Regulator of SA) guideline of 6.22% and will need proper justification.

Mertens says that while the new basic charges will be a shock to customers, they might be justifiable.

He says basic charges in the tariff structure can mitigate the risk of non-payment and electricity theft. If meter tampering results in undercharging, the basic charge will at least guarantee the municipality some income.

Mertens says most municipalities are under-recovering on domestic tariffs “because that is where the votes are” – and Nersa has been allowing it.

“Domestic tariffs should work out around R2.00 to R2.20 per kWh on average and the current tariffs in the City of Joburg are well below that,” he says.

The cost of domestic users

While a fixed charge is in line with cost reflectivity and should be part of the tariff, the amount at which such a charge is set can be debated, he says.

“I think R100 to R150 per month or even R200 per user would not be unreasonable,” says Mertens. “R500 for conventional metering seems very heavy to me, but that might be the right measure to move people to prepaid and to get rid of non-payment.”

Mertens also notes that the City of Joburg has electricity losses of more than 20%, more than double the rate expected from a good distributor. The city would try to compensate for the loss through tariffs, he says.

“The big question is what the city will do to stem the losses and increase efficiency.

“The fixed charge might help in some respects, but the problem is much bigger than that.”

This website uses cookies to improve your experience while you navigate through the website. Out of these, the cookies that are categorized as necessary are stored on your browser as they are essential for the working of basic functionalities of the website. We also use third-party cookies that help us analyze and understand how you use this website. These cookies will be stored in your browser only with your consent. You also have the option to opt-out of these cookies. But opting out of some of these cookies may affect your browsing experience.
Necessary Always Enabled

Performance cookies are used to understand and analyze the key performance indexes of the website which helps in delivering a better user experience for the visitors.

Analytical cookies are used to understand how visitors interact with the website. These cookies help provide information on metrics the number of visitors, bounce rate, traffic source, etc.

Advertisement cookies are used to provide visitors with relevant ads and marketing campaigns. These cookies track visitors across websites and collect information to provide customized ads.

Other uncategorized cookies are those that are being analyzed and have not been classified into a category as yet.